The Los Angeles Department of Water and Power (LADWP) is the nation’s largest municipal utility, with over 8,000 megawatt electric capacity and serving the 4 million residents of the City of Los Angeles, its businesses and visitors. With its bold sustainability goals and leadership in transportation electrification, the utility plays an integral role as one of the founding partners of the Transportation Electrification Partnership (TEP). “TEP creates a forum for all stakeholders, not just utilities, to have input,” says George Payba, Environmental Affairs Officer at LADWP. “It fosters the creation of new ideas that otherwise wouldn’t have occurred in a closed system.” 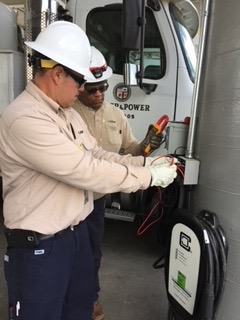 With this collaborative spirit, LADWP has been able to go above and beyond some of its initial targets. The Charge Up LA Program, for example, provides rebates for LADWP residential and commercial customers who install Level 2 chargers (240 Volt) in their home or business in LADWP’s service area. Since its creation, this program has been highly successful to the point where LADWP has met its prior goal of 10,000 EV charging stations by 2022 two years ahead of schedule. “L.A. is on the road to meeting the city’s targets of 25,000 commercial charging stations by 2025 and 28,000 by 2028,” Payba said.

But it’s not enough to build out more EV charging stations; it’s just as important to focus on where those stations are being developed. “One of the key elements we want to focus on is putting more electric vehicle charging infrastructure in disadvantaged communities (DACs),” says Payba. In addition to rebates for EV chargers, LADWP offers a used EV rebate for up to $1,500. “Our goal is to place about 40% of EVSEs in DACs since those are the areas impacted most by the effects of climate change.”

In the same City Council meeting, the City of LA and LADWP took the 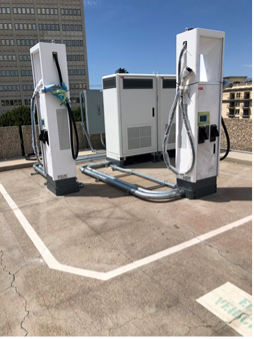 historic step of requiring that100% of the City’s electricity come from clean, zero-carbon energy by 2035. Through a motion introduced by Councilmembers Paul Krekorian and Mitch O’Farrell, LADWP will lead the nation in this ambitious and game-changing commitment to sustainable energy. With these bold targets and key milestones, LADWP has set a precedent for the rest of the nation to continue on the path towards transportation electrification.

As we push towards the future, it will be more important thanever for stakeholders and industries to coalesce and ensure that the region is prepared for a fully electrified transportation system. “Regional collaborations such as TEP have the power to create lasting, meaningful change as we work together to electrify our future. As we promote the discussion of innovative ideas, we look forward to future collaboration to achieve a more sustainable region,” said Payba. These efforts will undoubtedly prove worth it as we near TEP’s Roadmap 2.0 targets in 2028. He adds, “We hope that by the time the world arrives for the 2028 Olympic and Paralympic Games, people will see what an electrified region can be. From the airport to the stadium, people will experience a cohesive, seamless,
electrified transportation system and be inspired to achieve the same in their own regions.” 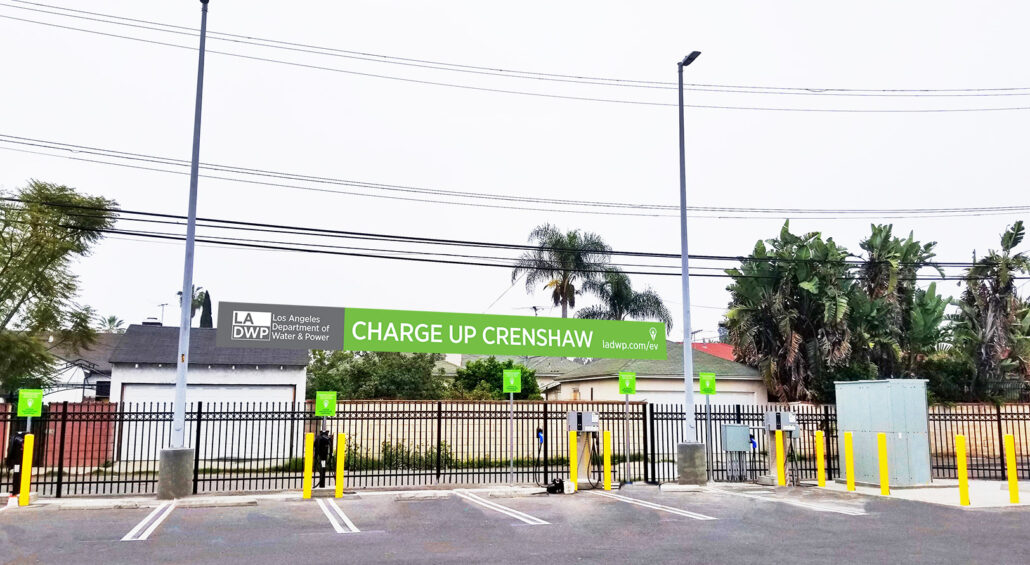