“Having just returned from COP26, it is obvious that the outcomes in the negotiating rooms have not yet matched the urgency demanded by the climate crisis. However, there have been many important outcomes at COP 26 that are worth celebrating, including: the US-China pledge yesterday to commit to hold global temperatures increase to 1.5 degrees C, a joint pledge to end deforestation by 2030 and achieve carbon-free electricity in the US by 2035; the commitment by an alliance of dozens of nations, cities and states––including Los Angeles and California––and companies to phase out internal combustion engines; the $130 trillion Global Finance Pledge; and the Global Methane Pledge led by the US and the EU.

Certainly the energy on the streets of Glasgow was full of optimism—as I joined an estimated 25,000 young and old alike marching for bold climate action, I felt a rise of hope and a sense of urgency. Inside the official climate talks I spoke at the official US Pavilion and joined the Deputy Secretary of Energy Dave Turk and NREL officials to call for a $1 billion cleantech city innovation fund while pushing for commitments to transportation electrification to improve mobility for disadvantaged communities and reducing air and climate pollution. LACI’s commitment is represented by our unique model and creation of our $50 million in climate innovation funds.

Here in the US on Monday, the President will sign the Infrastructure Investment and Jobs Act (IIJA), which provides important funding including: $2.5B for zero-emission school buses, $1.5B for zero-emissions transit buses, $2.25B for port infrastructure—key for the LA region given 40% of the nation’s goods come through our two ports making goods movement the largest single source of air pollution in our region, $6.1B for battery manufacturing, and $7.5B for public EV charging. These investments, passed by Congress, represent an important down payment in our climate future with an infrastructure package that includes a portion of the $150 billion stimulus transportation electrification proposal that LACI and our 100 plus member coalition of automakers, business organizations and cleantech incubators from 18 states originally put forward in April 2020. 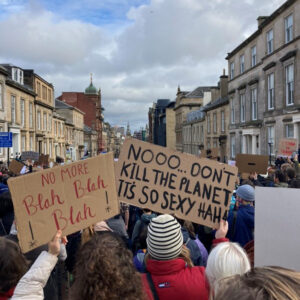 Yet we can and must do more. We have an opportunity and an obligation to accelerate our transition to zero-emission cars, trucks, and buses, today––especially for low-income communities and communities of color who are disproportionately impacted by transportation pollution. On behalf of our coalition, I urge Congress to quickly adopt the Build it Back Better Act to ensure that our nation makes the additional investments needed to reduce emissions, create green jobs, and make the U.S. the leader in the move to equitable zero-emissions mobility, goods movement solutions, and public transit.”

As LACI identified in the December 2019 “Cleantech Cities” report, cities around the globe can create a $5 trillion market and reduce greenhouse gas emissions by 35% by removing barriers to funding for startups. Based on the strategies identified in the report, LACI’s Transportation Electrification Partnership partnered with the City of Santa Monica to invite corporate and startup innovations to work together to create the US’ first Zero Emissions Delivery Zone pilot in Santa Monica. During COP26, Petersen called for a $1 billion cleantech cities pilot fund to support similar initiatives across the globe, alongside Actor Brian Cox, Phoenix Mayor Kate Gallego, Caroline Choi of Southern California Edison, Spencer Reeder of Audi, and former California Air Resources Board Chair Mary Nichols. LACI’s announcement on the call to action can be found here.