LACI’s mission of creating an inclusive green economy offers cleantech founders access to the right capital to scale their startups, to help drive revenues, job creation and environmental impact. Over the past decade of incubation, LACI realized that debt needed to play a role in scaling cleantech startups much earlier than conventionally understood.

Finding a way to prudently and cost-effectively layer in debt earlier in the process would: 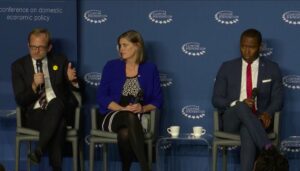 To address this problem, LACI was awarded a grant from the Department of Energy’s Capital Access Program in 2017 to research and structure a debt fund to support LACI’s early stage cleantech founders. This research was initially shared at the Clinton Foundation economic conference in November of 2019, with private-sector lenders and public-sector officials validating the model of creating a revolving debt fund focused on working capital and business expansion, with capital coming from philanthropic or program-related investment capital. LACI’s research revealed that private banks and other financial intermediaries clearly see the need and demand for such lending but struggled to find a path to cost effectively serve the market, other than connecting founders with traditional products, such as second mortgages and credit card debt.

In 2020, Wells Fargo invested the first loan capital into the LACI Debt Fund, an initial $110,000 contribution to pilot the concept of providing loans of $20k-$40k with interest rates at or below market for LACI companies who do not yet qualify for traditional loans. 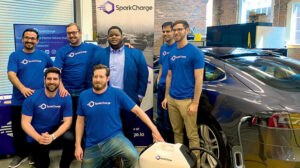 Today, LACI is pleased to announce that it has approved the 10th loan of the LACI Debt Fund. While the Debt Fund is modest in size, initial recipients of loans from the LACI Debt Fund have subsequently raised close to $100M in follow-on funding from both equity and debt sources, validating the crucial role that early-stage debt can play as part of a comprehensive incubation experience.

With the number of successful loans entering the double digits, LACI has opened the Debt Fund to other funders. Last week, Union Bank cemented its participation in the LACI Debt Fund, increasing the fund loan capital by almost 50% to $160k. The increased capital marks the end of the pilot phase and commencement of expanded operations, including regularly supporting more LACI founders with additional loans.

Prospective startups interested in learning about the Debt Fund as part of LACI’s overall incubation services are encouraged to reach out to pipeline@laci.org. Funders interested in supporting the LACI Debt Fund via philanthropic or program-related investment capital can contact development@laci.org.