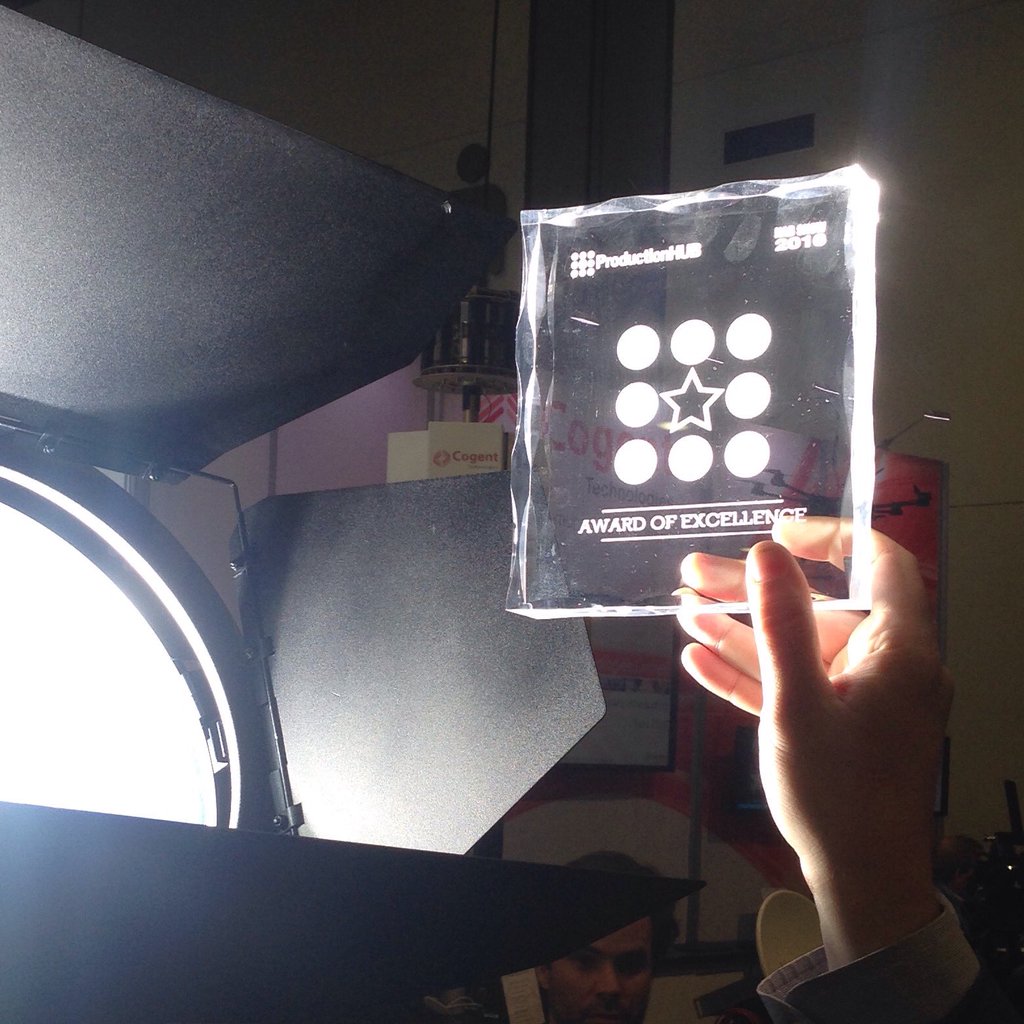 LACI Portfolio company Hive Lighting’s new 1000 Watt Plasma Bulb successfully debuted at NAB (National Association of Broadcasters) Show 2016 in Las Vegas last week. The 1000 Watt Plasma Bulb took home a 2016 Award of Excellence from ProductionHUB, the global network of freelancers, crew and vendors. The Awards of Excellence recognize the innovation in technology and practice from the NAB Show Floor, the anchor event of the industry.

“We interview hundreds of exhibitors from trade shows across the country to make sure our users are up to date on the tech and skills needed to succeed on set and in the workforce,” says Katrina de Leon, Director of Marketing for ProductionHUB. “Because of this focused view, we are in a unique position to select and spotlight the best of the best from the NAB Show.”

To finalize the award selections, ProductionHUB used a combination of the following criteria: nomination form entries, expert opinion from both industry icons and the ProductionHUB leadership team, and direct feedback from attendees at the show.

The 1000 Watt Plasma Bulb generated lots of buzz on the trade show floor, resulting in interviews with No Film School, AbelCine, a feature in ICG Magazine’s April 2016 Gear Guide and more.

Hive’s new 1000 Watt Plasma Bulb is 5 times brighter than their 250 Watt Plasma Bulb, has a CRI of 98, making it the brightest light you can plug into the wall. Pulling only 9.5 amps of power, the 1000 Watt is the equivalent output of a 2,500W HMI or 10,000W Tungsten Incandescent but costs almost 40% less to purchase and over 50% less to operate. All of Hive’s Plasma Fixtures are manufactured in Los Angeles, CA, USA.

The 1000 Watt Wasp Plasma Par and 1000 Watt Bee Plasma Flood are available now for pre-order and will be available for sale at Cine Gear Expo in June.

Find out more about Hive Lighting at hivelighting.com

Read more about the ProductionHUB NAB Awards of Excellence here 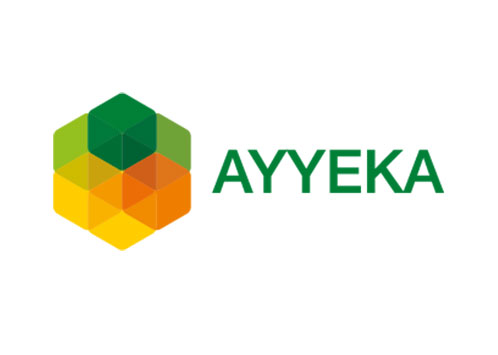 “Data is a fundamental tool to improve how we monitor and manage water,” said Andy Wheeler of GV (formerly Google Ventures) who served on the judging panel. “Imagine H2O’s Data Challenge attracted some of the most promising data solutions to tackle pressing water challenges globally.”

Ayyeka is gaining great traction in the field of water and wastewater instrumentation monitoring and control systems. They are nearing completion of their first full scale implementation of their systems with the Cincinnati Municipal Wastewater District and are in the planning stages of a pilot project with the Los Angeles Department of Water & Power.

Ayyeka and Apana (Spokane, WA), a commercial water use management and detection platform, were both recognized as runners-up. IH2O’s 2016 cohort offered a full range of innovative data solutions to critical water issues and all ten selectees were showcased at the organization’s annual Water Gala on March 16 in San Francisco.

You can read more here http://www.prnewswire.com/news-releases/water-innovation-accelerator-showcases-promising-data-startups-300237238.html 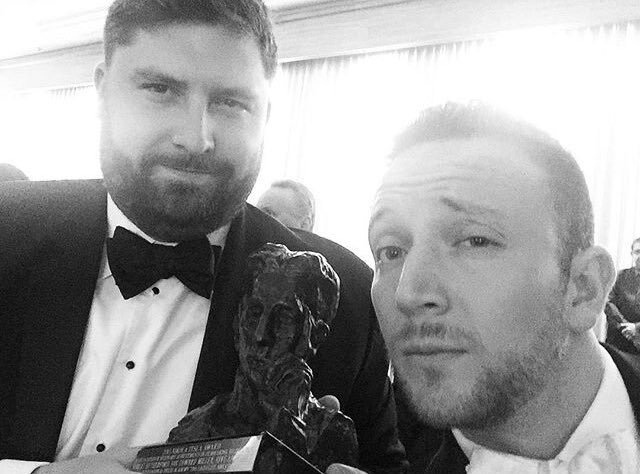 Rutherford and Miller were honored for Hive’s energy efficient, full spectrum, flicker-free plasma lighting systems in the category of Visionary Achievement in Filmmaking Technology for 2015.

“This award is both a gratifying recognition of [Hive Lighting’s] ethos and a challenge for all of us at Hive Lighting to live up to this award’s promise to ‘influence future generations and give rise to further innovation’. We are only just getting started.” said Miller. Rutherford added, “To anyone here working hard on a dream, let this award remind you to keep going, because it may take longer than expected, but as Tesla said, you ‘will prevail in the end and make it a triumphal success.’” Past recipients of the Tesla Award include Director and Inventor James Cameron, George Lucas, Cinematographer Roger Deakins and SteadiCam inventor Garrett Brown.

The IPA is the largest group of international and domestic entertainment journalists and their annual awards honor the best in film, television and new media. The IPA is the only major awards show comprised of international and domestic entertainment journalists and critics that give awards to film, television, new media and interactive and digital every year. The more than 100 members hail from more than 20 countries.

For a complete list of winners and nominees, as well as photos from the event, go to www.pressacademy.com.

For More on Hive Lighting: 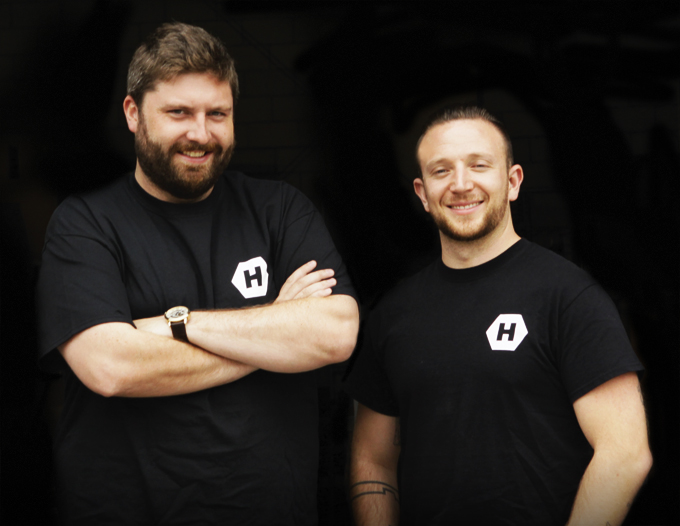 Hive Lighting is the first and only company to bring plasma lighting technology to the entertainment industry. Its plasma lighting is based on the company’s arc lamp technology that closely resembles natural daylight. To date, Hive’s lighting fixtures have been used on numerous movie, television, and commercial sets both domestically and internationally. Most recently, Hive Lighting’s technology lit late night show Jimmy Kimmel Live in Brooklyn, the 2015 New York City Marathon, and Mena, a Tom Cruise movie, which premieres in 2017.

LACI is a non-profit, private-public cleantech business incubator that helps promising cleantech entrepreneurs, like Hive Lighting, achieve market success by accelerating their development through flexible office space, CEO coaching, mentoring and providing access to a network of experts and capital. Hive Lighting is one of 28 promising portfolio companies LACI currently guides from their new home at the La Kretz Innovation Campus, a facility built and owned by the Los Angeles Department of Water and Power in the heart of Los Angeles’s Arts District.

“We are thrilled that Hive Lighting is receiving this prestigious award, as it serves as a testament to the important, innovative work they’ve created while here at LACI,” said LACI President and CEO Fred Walti. “We congratulate Hive on this great achievement.”

“It is an honor to receive the Tesla Award,” said Miller. “We’re proud to be a part of the long tradition of entrepreneurs inspired by Nikola Tesla’s groundbreaking inventions. As a young company we accept this award not only as recognition of what we have accomplished, but also as a challenge to continue to innovate and create superior tools for filmmaking in the future.”