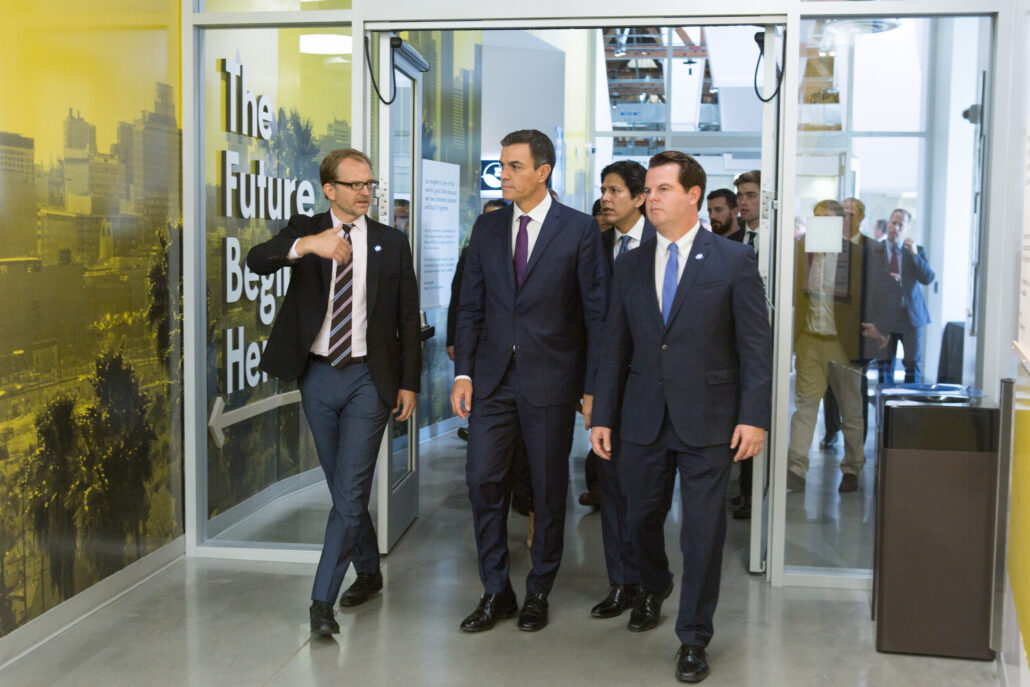 LOS ANGELES – LACI welcomed the President of the Government of Spain and First Lady María Begoña Gómez Fernández on September 29th for a tour of the facility, and a discussion on the importance of climate action and Latino leadership.

“Very few places in the world are so ambitious as California in their attempts to face this issue,” said Prime Minister Sánchez in his prepared remarks on climate policy. “We are going to work together, because I am sure that together, civil society, business, and the public sector can make it happen.”

“It was an honor to host President Pedro Sánchez, and have the opportunity to share LACI’s work with entrepreneurs, government leaders, and corporate partners to create a green, inclusive economy for the Los Angeles region,” said Matt Petersen, CEO of LACI. “We are grateful to Senator De León for his climate leadership, support for our organization’s work, and inviting President Sánchez to the campus.” 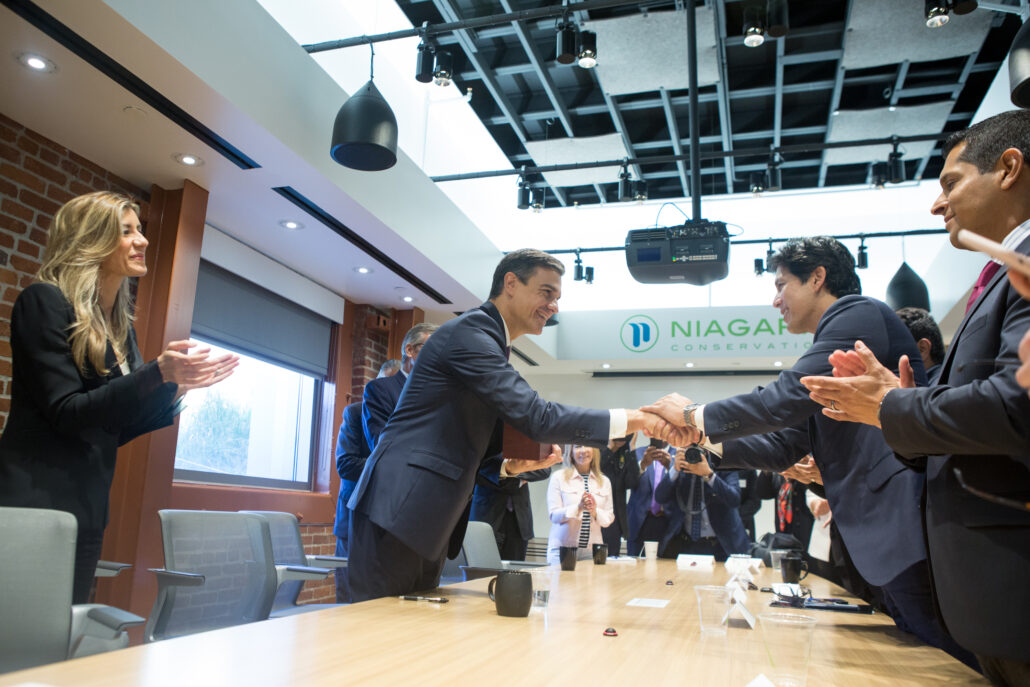