Pasadena, California (August 2, 2016) – The Pasadena Angels (PA) today announced the first investment from their PA Fund 1 (The Fund).  The Fund invested an additional $75K in Nevados Engineering, a clean tech company whose solar single-axis-tracker enables ground-based installation on virtually any terrain; improving on solar project economics. The Pasadena Angels have previously invested $240K in Nevados, this additional funding from The Fund will allow Nevados to fully execute on their grant funding from the U.S. Department of Energy’s SunShot Initiative.  Nevados is also a Los Angeles Cleantech Incubator (LACI) company, one of four LACI companies that the Pasadena Angels have invested in.

The Fund was formed in May of this year with a total investment of $1.3 million; for the purpose of co-investing exclusively in deals that are subscribed by Pasadena Angels members.  “We are pleased to be an additional source of follow on funding for our portfolio companies.  It speaks to our commitment of not only providing a wealth of human capital but also strong financial support to promising start-ups” A statement from Pasadena Angels PA Fund1 chairs, Anthony Valencia & Terry Kay

The Pasadena Angels’ 100 plus members invest individually and directly, without any legal pooling of financial resources.  The Fund will give PA members the opportunity to invest as a group and increase their portfolio diversification. The Fund expects to make investments of $50,000 – $100,000 per company across emerging companies being funded by the Pasadena Angels.  The PA Fund 1 operations are managed by Pasadena Angels members Terry Kay and Anthony Valencia.

About the Pasadena Angels: 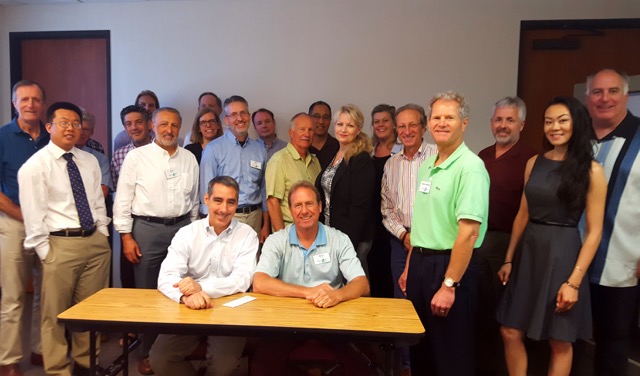