[av_textblock size=” font_color=” color=”]
2015 was a transformative year for LACI. The organization’s beginnings in a converted bus repair terminal have given way to a sparkling new address at La Kretz Innovation Campus, a move that positions LACI at the focal point of cleantech innovation in Los Angeles.

We have many people to thank for this continued growth and good fortune: We’re lucky to have worked with mayors who possess great vision. Honored to work with the LADWP, whose confidence in us is a daily inspiration. Grateful for our academic partners, mentors and advisors: you continue to be a wellspring of innovation and invention.

It’s not all luck: it takes the tireless efforts of our staff, the dedication of our executives, and most of all the creativity and persistence of our portfolio companies to make this all happen.

As we move forward into our 5th year and continue to broaden our outreach, expand our services and further our mission of building great cleantech companies, we wanted to take a look back and once again say to all who give so freely of their time, wisdom, and advocacy: thank you.

(1) The year began with a visit to Greentown Labs, a Boston area incubator who would later join LACI’s Network for Global Innovation (NGIN) on Earth Day, April 22nd  (2) The Advanced Transportation Center of Southern California opened for business at LACI in February (3) LACI’s satellite network continued to expand in 2015, with LACI@CSUN building a successful program in Northridge featuring portfolio companies Got Gift Cards and Project Pals and SVCI in Silicon Valley working with new portfolio company Nevados Engineering (4) LACI CEO Fred Walti is shown visiting NGIN member Borderstep Institute in Berlin last February. In 2015 NGIN grew to 15 members in key markets in 7 countries around the world. 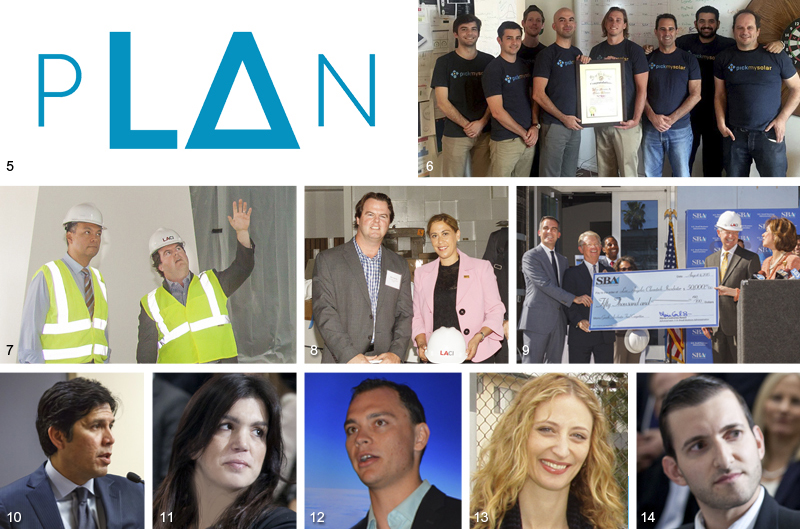 (20-23) LACI moved into it’s new headquarters at the 60,000 square foot La Kretz Innovation Campus in Downtown Los Angeles on October 30. Owned by the Los Angeles Department of Water and Power, this remarkable facility features collaborative workspace, offices, R&D and prototyping labs, conference rooms, a workforce-training center, and more. The campus provides an abundance of options and opportunities for the innovation ecosystem LACI is building and provides physical space for the organization to grow. 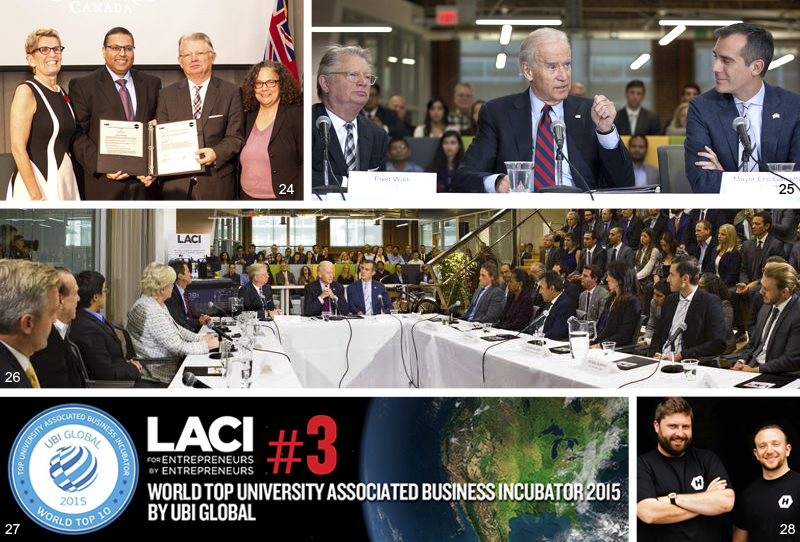